August 31, 2022
Following up from July, I was able to get a nice variety of books read. This month was mainly focused on making a dent in my physical TBR of already-owned books as well as finishing up an audiobook I started last month.

1. THE BIGGEST LIE IN THE HISTORY OF CHRISTIANITY 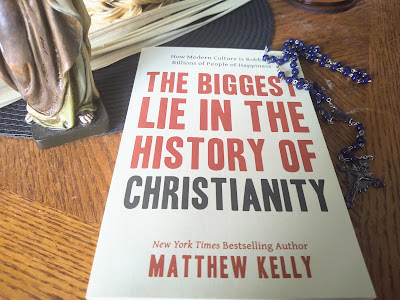 After waiting way too long to finally pick this up, I slowly read through this reflective and elegantly simple book about filling up your life with little moments of listening to one's calling. There isn't anything super complex or novel in terms of the advice given, but I've always felt like there is something beautiful and humbling about going back to the basics. I think this is a helpful guide for anyone who just needs a reminder about how to achieve a life of holiness and grace through small acts of good.
Full review here

2. THE WAY OF KINGS (THE STORMLIGHT ARCHIVE #1) 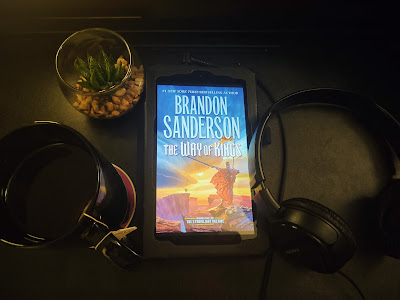 Technically, I'd been reading this since the beginning of July, but the book was so massive, that I only just wrapped it up recently (even with relying heavily on the audiobook). As my first true introduction to modern epic fantasy, I am quite pleased with my reading experience, though I would definitely not have embarked on this journey unless I was already a fan of Sanderson. I also found myself pleasantly surprised by the audiobook as I haven't had much luck with that format in the past, but really enjoyed this one. While I found this book to be overwhelming in some ways (particularly in length) and I think this would have resonated better with me if I was more of a character-driven reader, I am very happy that I  picked this one up and I have already continued with the second book in this series (though it will probably be another couple months before I am finished with it).
Full review here 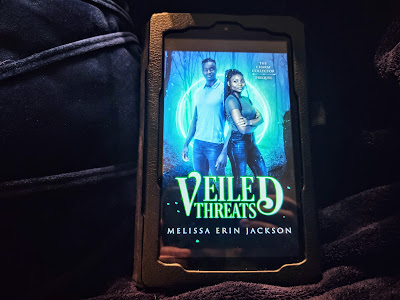 I rated this 4/5
Since I just wasn't enjoying my main read (which will actually carry over into next month), I decided to give myself a break and this novella looked like it would be fun. It wasn't perfect, but I was quite pleased with this cozy mystery and highly recommend it for anyone looking for something fast and fun.
Full review here 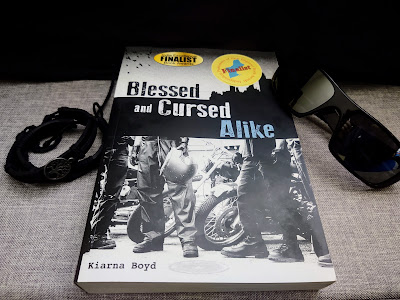 A 3.5/5 for me
This  indie-published novel made itself out to be a fast paced fantasy thriller filled with magic and conspiracy, but it ended up being a much more mellow character-driven piece that mostly only gets chaotic during it's abrupt ending. Not all of the characters worked for me and I wished that the more magical aspects of the story were expanded upon, but I still enjoyed this for it's unique atmosphere and creativity.
Full review here 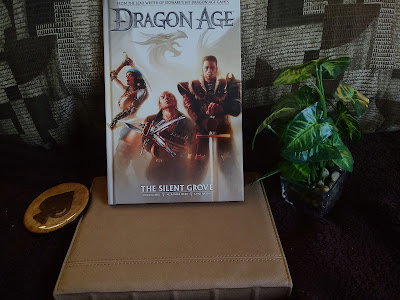 Due to some squandered potential, I had this at a 3/5

Even though I am a fan of the DRAGON AGE franchise of video games, I really should have been more discerning when I picked this up from a comic shop, since tie-in comics aren't always all that great. Although I thought this was a decent graphic novel and did enjoy it somewhat, I wished that it had done more with the characters and overall lore of the universe. Given that this was mostly just a middling read for me, I don't think I will be continuing the series, especially since graphic novels tend to be pretty pricey for how much read time I actually get out of them.
Full review here
Here's hoping that September will be another good reading month (by my standards) since there's a lot more books I'd love to get through that are already on my shelves!
BOOK TALKS REVIEWS UPDATES