November 01, 2022
I began October with the intention of mainly focusing on making a dent in my physical TBR of already-owned books, but I mostly failed at that. Fortunately, I still enjoyed some really awesome audiobooks and digital comics as well as one physical read. 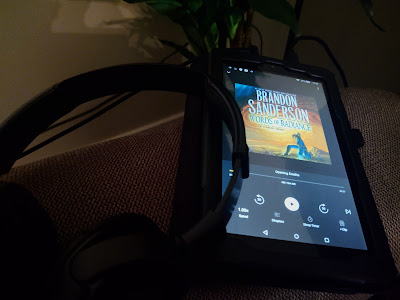 This was a 5/5 read for me
Building off of the painstaking character building of THE WAY OF KINGS and following up on all of that book's final twists, WORDS OF RADIANCE shines a light on why Sanderson's STORMLIGHT ARCHIVE series is so wildly popular. All of my hangups with the first book were addressed with this adventure and I felt thoroughly invested in everything going on. I think I have a novella to read through before I go into the third book, but I am eager to continue with this series.
Full review here 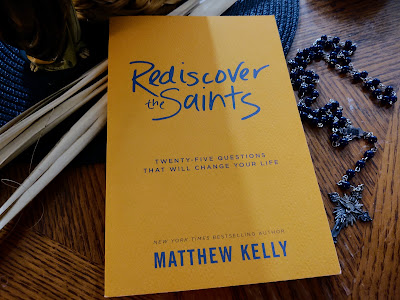 I gave this 4/5 stars
Although this book was not at all what I expected, I still had a good time with it. I wish that Kelly made stronger (or at least more consistent) use of the saints' lives as part of this book's reflections and I also felt as though some of the chapters were a little scatterbrained (which really could have been tidied up for such a short book), but Kelly's simple yet profound messaging is the main draw here. As a nighttime/daily meditation guide, I think this serves well enough. I especially enjoyed that each chapter ends with a simple prayer that is thematically tied to the question/theme that it is based around.
Full review here 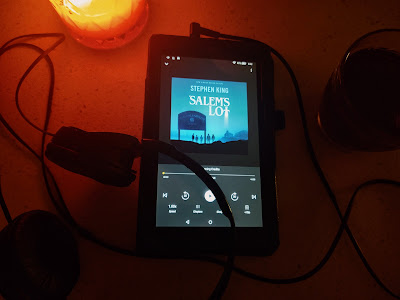 I rated this 4/5
Having never read any Stephen King before, I thought SALEM'S LOT would be as good a place to start since it about vampires, which is more my speed than most other types of horror. I found myself impressed that all the hype around King's characterizations was not overstated and I was pleased that this was more eerie/suspenseful than it was grotesquely horriffic (though there are some pretty gnarly scenes). While it didn't suddenly turn me into a King super-fan and I'm not about to go and devour his entire back catalogue, I did enjoy my time with this, especially as a spooky October read.
Full review here 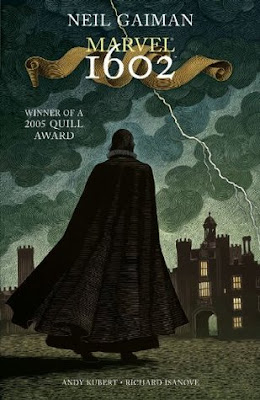 The series overall was a 3.5/5 for me
While this is certainly a creative concept that has a lot of awesome character re-imaginings and other worthwhile surprises, I just don't think that it was always executed as well as it could have been. For every moment where I thought something was really neat, there were almost as many where I lamented the wasted potential or simply felt confused. I'm glad to have re-read the original MARVEL 1602 and consumed all of it's spinoff/sequel series via the Marvel Unlimited app, but it's not something I'd recommend wholeheartedly.
Full review of the comic line here
Here's hoping that November will be a better reading month in terms of getting through the books that are already on my shelves. I will be continuing to do at least one audio book a month though as that has made driving much more fun. WARBREAKER is the book that will be joining me on my rides in November. I also still haven't finished PEACE AND TURMOIL so I really need to complete that this month.
REVIEWS UPDATES