REVIEW: MARVEL'S SPIDER-MAN: THE ART OF THE GAME 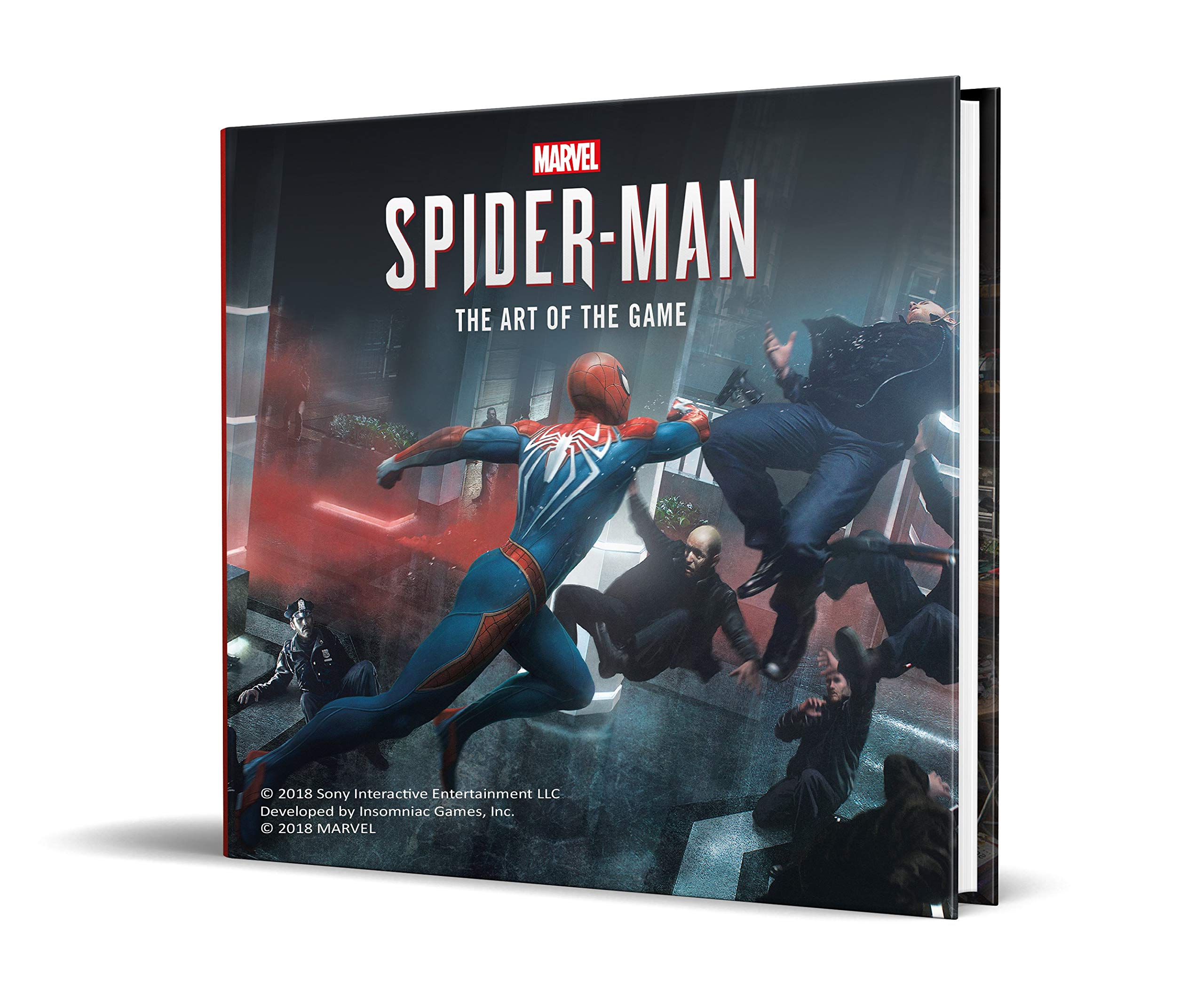 I'm a huge fan of Insomniac Games' recent Spider-Man video game for the PlayStation4. I even read and greatly enjoyed the prequel novel. Around the holidays I received Marvel's Spider-Man: The Art of the Game from a secret Santa (as in the identity or identities of said "Santa" remains a secret) and of course immediately began flipping through the pages. While I was instantly impressed, it wasn't till I took the time to really sit down with it that I realized what a treasure trove it is.

5/5 Not only is the art stunning, but it's also accompanied by interesting and insightful tidbits regarding the creative process that led to what players experienced in the game that I think would honestly be captivating for anyone with a creative mind.

The main attraction in any art book is, of course, the art within it. Each page is brimming with gorgeously depicted paintings, sketches, and some renders of the finished products. The subjects range from characters to key locations, and even some of the gadgets and pseudo science fiction technology that shows up in-game. My one complaint is that the art is almost too good, or at least too polished. I personally love seeing the earlier, crappier phases of concept art and this book does showcase some of the earlier sketches and silhouettes for some of the characters and gear, it's just that you definitely get the sense that it's all been carefully cleaned up and composed for your viewing pleasure. I think most art books actually do this, the main reason I notice it hear is because of how detailed the little informational snippets are when talking about earlier ideas they worked on for the characters, scenery, and equipment. None of that really seems to be reflected in the imagery on the page. For the most part, you're seeing what looks like at least a second draft of something or perhaps a remaster of an early piece of concept art. This is a very minor gripe though and I totally get why the creative team would want to break out the best for this collection. I also should note that you definitely CAN see the different ideas artists were throwing around and get a sense for how the characters progressed over time and some are shockingly different from the final designs.

The most surprising aspect of this for me was the detailed tidbits of information that offer readers insight into how each person, place, and thing in the game came to be. There are surprisingly honest (though not unflattering) descriptions of what it was like to partner with Marvel and some of the back and forth that was involved in remaining true to the spirit of the source material while also offering the audience something wholly new to enjoy. There's quite a bit of info to read through which not only heightened my appreciation for the artwork before me, but also greatly extended the amount of time I spent actually reading through this book. It's rare to get such an in-depth look at how something morphs from idea into a shippable product so to have that process so clearly articulated felt like a wealth of creative insight that goes above and beyond what I'd ever have expected.

I think Marvel's Spider-Man: The Art of the Game appeals not only to people who greatly enjoyed the video game and its breathtaking aesthetics, but also anyone who enjoys undertaking creative projects for either personal or professional uses. There's a great deal of work that goes into a piece of art in any medium so having nice references like this can be invaluable for those trying to practice different art forms. I'd definitely recommend this for anyone who falls into either of these groups, or even maybe just people who like really nice Spider-Man art.
REVIEWS