January 01, 2023
With the holidays upon us, I anticipated having time off of work would free me up for a ton of reading, but I ended up being a bit busier than I expected. That said, I still finished some amazing books this month. 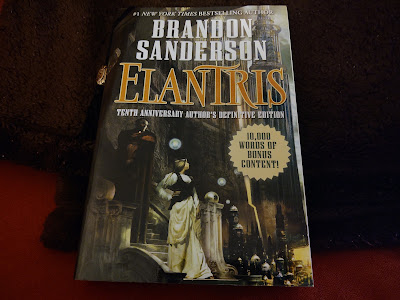 This was a 5/5 read for me
Brandon Sanderson is at the top of my list again with his debut novel, ELANTRIS. I had been nervous to pick this up due to things said by both fans of the Cosmere as well as Sanderson himself, but I think this might be my favorite of his stories (it could be recentcy bias, so I will see if that opinion sticks). If you've been staying away from this one like I was, then I'd highly urge you to give it a shot and just understand that it is definitely different from many of Sanderson's other novels, but just as magical in it's own way.
Full review here

2. THROUGH THE YEAR WITH FULTON SHEEN 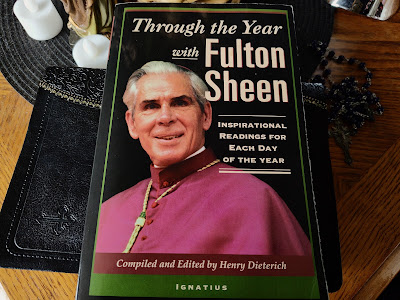 I gave this 4/5 stars (for the curation/editing)
Technically, it took me the full year to read this one (since it is designed for that purpose), but now that I have finally finished it cover to cover, I can confidently say that this is a deeply worthwhile read even though some of the editing/curation of the daily readings wasn't always spot on.
Full review here 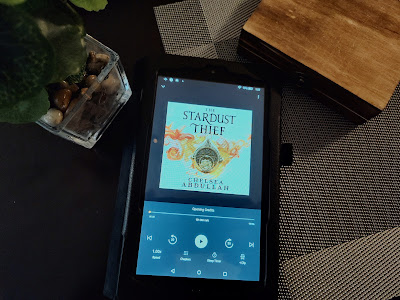 This was a solid 4/5 for me
THE STARDUST THEIF is one of the only new releases I have ever read and I am glad that I snuck it into my reading year via audiobook. Not only was this a solid story with great characters, but the audio production is one of the most impressive that I have ever seen (or heard).
Full review here 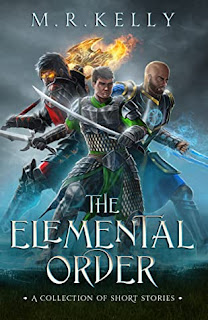 I didn't get terribly far with this indie collection of short stories that almost functions more like a novel told in episodes. The characters, world, and premise all intrigued me a great deal, but I just was not enjoying the way that this story is written. While I am certainly used to some exposition dumping as a fantasy reader, I just felt like the entirety of the first two stories is told as if it was an exposition dump (even events happening in the present). The book is highly rated by thirty or so folks on Goodreads so I don't want to force myself to finish since I don't see it being any higher than a 3 for me unless things drastically change. I picked up the eBook for free, so there's no loss to me and I'd rather not come storming in with a lower rating for a fellow indie author for no reason. Maybe I will try one more story before fully giving up, but I've got so many other things to get to that I think I'll likely just call it quits even though I usually don't do that.
Here's hoping that I will have lots of great reads in the new year as well. I am about halfway through THE LEGEND OF BLACKJACK by A.R. Witham and really enjoying it so far, so that will likely be finished in the early part of  January.
REVIEWS UPDATES