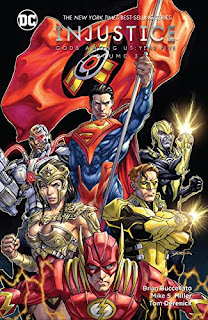 The thrilling prequel comic to the INJUSTICE: GODS AMONG US video game concludes with the third volume of the fifth and final year which reminds readers that although the series has enjoyed plenty of spectacle, it's always really been about the characters.


5/5 While not as sweepingly spectacular as previous volumes, this one still has plenty of action that propels the story forward those final few steps to where players found things at the start of the game.
CHARACTERS 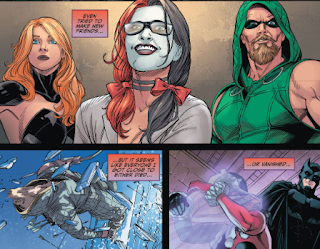 Batman and Superman again take their place at center stage. The tension between them continues to be the main staple of the series and it's as good as it's ever been here. Damien Wayne has some great development as he descends even further into darkness while Catwoman comes to Superman, vouching for Batman's life. Harley Quinn completes her transformation into Harleen - a persona that is both a return to who she was before The Joker as well as someone brand new. I've also felt that Batwoman and Batgirl have been underused to date so it was great to see them get a little more time in the spotlight along with Hawkman and Hawkgirl who have also played comparatively minor roles.


The Regime is in power, but it's not yet exactly the way players found it. It undergoes some awesome changes that are also of great narrative significance. The quarantine of Wayne Manor, the appropriation of Arkham Asylum, and the decontamination/reconstruction of Metropolis all serve as reminders that the writers not only have a great deal of love for the characters, but also the places they call home. 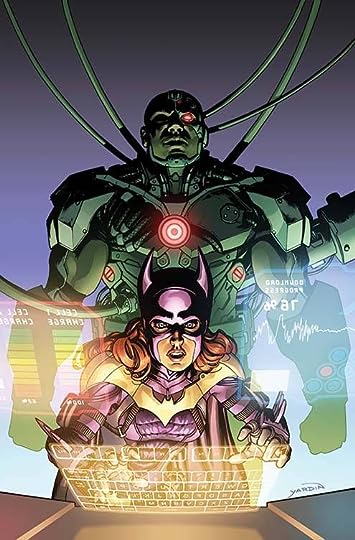 
Batman and his allies make one last play at taking down Superman - one that won't be fully enacted until the events of the game. The good news for those who are only really interested in the comic, is that the INJUSTICE:GROUND ZEROES comics covers the events of the game. In the case of either audience, the story answers a lot of the open questions about how Harley Quinn gets her own army, what was involved with pulling in the heroes from the main DC world, and what became of Hawkman after his heartbreak in a previous volume.

The art - by this point known as being high-quality - ends on a strong note with great attention to the detail. Some of the costumes that members of the Regime and Insurgency factions are wearing in the game even make their debut here which I loved.

All in all, INJUSTICE: GODS AMONG US YEAR 5 VOLUME 3 is packed with a satisfying series of events that ties the comic back to it's source material and fans won't want to miss it.
REVIEWS