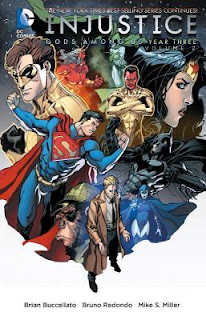 
The world of magic has been introduced and there's no turning back. The Insurgency dealt some critical blows to Superman and his Regime thanks to the use of magic. Now it is the Regime's turn to make a move. This volume continues the theme of magic and intrigue, but also gets quite a bit flashier than I expected given the last one's grungier take on the conflict.

4/5 This volume lacks the same depth that previous installments have enjoyed. The world of magic is still fun, but things turn into one extended fight that, while epic, didn't move things forward as much which makes the pace actually feel a little slower. 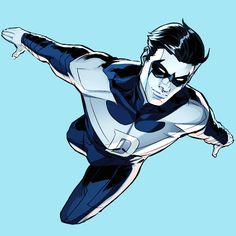 The cast of characters remains largely unchanged from the previous volume, albeit with a couple ofInjustice 2 video games (and probably the new comic series as well). Side issues explore John Constantine's character a little more as well as an obscure mystical character from his world which helps explain Wonder Woman's sleeping beauty act. The other actually shows what happened to the Teen Titans (Wonder Girl, Beast Boy, Kid Flash, Superboy, Red Robin, and Starfire) and why they have been nowhere to be found in this series.
neat swap-outs. One I will not fully spoil, but the other is that Deadman has ... well died I guess and in his place is Dick Greyson (formerly Nightwing) who now takes up the mantle of Deadman. I was very excited to see this character come back, even if in a different form and I thought the scenes with him and a few of the other characters added some much needed emotional depth to all of the action going on. Constantine is still a major player and some of his schemings have landed characters on both sides in quite the magical mess. Two magical superpowers engage in battle while the forces of the Regime and the Insurgency clash. Wonder Woman and Superman are both back in action and they fight with a righteous fury against Batman and his allies. One particularly good interaction is the dynamic between Constantine and Batman. Both men are similar in how expertly they plan, but readers will find that they are very different in their motivations. The tension between Superman and Wonder Woman also made for some nice narrative surprises and there are some good action sequences with Batwoman and Huntress who tend to be more in the background. Swamp thing and Poison Ivy also enter the mix which is exciting since they are both characters who will be appearing in the 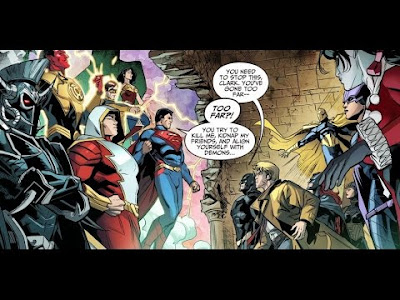 The locations in which this volume take place are pretty interesting. There are some scenes at the regal Hall of Justice to open, but things quickly move into the Tower of Fate which Dr. Fate distorts into a M.C. Escher drawing with staircases going all over the place. Things escalate quickly here and the heroes/villians are transported to the House of Mystery which is where the rest of the story takes place. It's a pretty interesting location filled with magical energy and there also seems to be two of these manors existing simultaneously in the same spot. This lush locale quickly turns into a fiery battleground and begins to warp as the conflict distorts reality around it. I found the whole thing to be a pretty neat spectacle and liked that the backdrops were much more colorful in this volume. 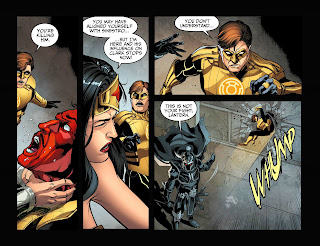 Whereas YEAR THREE VOLUME 1 was dark and mysterious, VOLUME 2 felt chaotic and action-packed. The overall them of magic does carry over, just in a far more battle-oriented way. There's not really a lot to say in terms of the narrative honestly. Much of the volume is spent on one long fight sequence that rises and falls in its intensity. There are definitely still some interesting character interactions as well as a couple of key story moments that would be a shame to spoil. Other than that, there's just a lot more tension that gets built between Superman and Batman, especially since Batman can now go toe to toe with him thanks to the super pills Lex Luthor developed. Most of the depth comes from two issues that act as a bonus of sorts (though not really since I think the number of issues this time was just fewer than usual). One of these returns to that dark noir tone from the previous volume and the other explores the pretty heartbreaking disappearance of Superboy and the rest of the Titans. 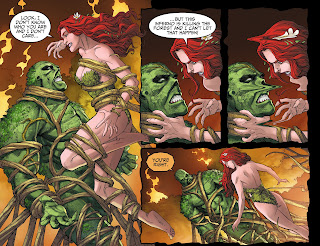 The visuals continue to be outstanding in this series. It was impressive just how detailed things remained even when all hell broke loose. Where the art falters a little is in the two additional issues that close out this volume. The art wasn't bad or anything, it just lacked that level of polish and vibrancy that fans of the series have come to enjoy. The style looked older somehow which some might like, but I'm not a fan of.

This wasn't the finest collection in the series, but it was still a pretty enjoyable read. It had some outstanding action and effects to enjoy. There were definitely some more personal moments to be had as well as a couple of key plot points that advanced the story a little, but the volume felt light in terms of both characterization and narrative progression. The side stories were pretty good and did add a  bit more depth to the overall narrative as well as explain a couple of story gaps, but I wish the art had been a little better for these issues.