January 15, 2017
2017 is a year that I hope to be focus on content creation. This includes stepping up my efforts in the original fiction I create as well as trying to write more regular (or at least more consistent) posts. Here are some of the goals I'm looking to achieve in this new year.

READING:
Unfortunately, I failed to meet my 2016 goal of reading 30 books, making it to only 25. I had a very hectic year both personally and professionally and since there's no sign of things really slowing down, I've decided to set my 2017 goal as 15 books, but if I start off strong, I will increase that to 20.

Though I'm reducing my reading objectives, I would actually like to release posts a little more consistently, even if that means doing more review roundups of comics or posts on shorter fiction.

To start, I will be reviewing:

The remaining two issues of WRAITHBORN REDUX
I've been loving this series so far so I'm excited to see how the series ends and finish my roundup of the six individual issues. 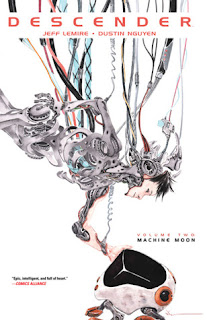 DESCENDER VOLUME 2: MACHINE MOON
After reading the first volume, I was officially obsessed with this series. As soon as 2017 rolled around, I decided I wouldn't let another month go by without seeing what this next installment had to offer.

THE VOIDWALKER NOVELLAS
2016 saw the release of the first two entries in a series of eight short paranormal suspense novellas (pictured above). I've fallen a bit behind on where I'd like to be with the rest of the series, so I'll be aiming to get the remaining six installments out by the end of the year if possible. 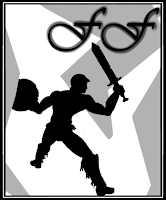 FLASH FICTION
I have one more flash fiction piece that's very nearly complete. If I do nothing else with flash fiction this year, I will at least be releasing this third story.


OTHER PROJECTS
I'd like to be able to release an anthology of short stories. This effort is already partially started, but I only want to complete the project if I can do so without significant impact on my work with THE VOIDWALKER NOVELLAS.

I've also been wanting to do a comic of some time for a while now. I read a lot of graphic novels in 2016 and have experimented with a couple of different comics I could create either as a web-comic or an actual retail release. While I have no definitive goal for 2017 as far as this is concerned, I would still like to have something out by the end of the year, even if it is a very humble first stab at things.
UPDATES