Showing posts from November, 2015
Show all

As I mentioned in my eBook haul post I have amassed a humble collection of DC comics from The New 52 reboot. I purchased four first volumes each featuring a different character. In this lineup are The Flash, Batman, The Green Arrow, and Aquaman. Most of these were on sale during the time that I bought them hence why I bought more than I could read all at once. During the month of November, I am hoping to read and potentially review these four volumes. Why November - because alliteration that's why. As the month continues on, I will be making updates to this post to reflect my reviews of the individual volumes and The New 52 initiative in general. These reviews will be done a little differently than they have been in the past since this is partially a review of The New 52 universe being written alongside the actual book reviews.  THE FLASH VOLUME 1 MOVE FORWARD (THE NEW 52) 3/5  Overall, this was a very fun and entertaining read for me. I've been a fan of T
Post a Comment
Read more

REVIEW: SIXTH OF THE DUSK 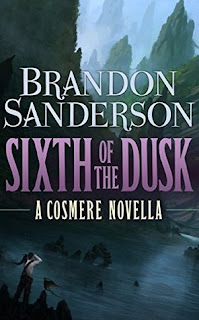 INTRODUCTION I've heard a great deal about Brandon Sanderson's writing through various sources - all of it wonderful. While I've certainly been tempted to try something of his for a while now, he is also known best for his much longer pieces of writing and I really couldn't motivate myself to dive into one of his large novels. So as part of the BookTube SFF read alongs, I saw one of his novellas on the shortlist and took the opportunity to sample his widely beloved writing style. HOW I RATED IT 5/5 This may not be the most original or particularly exceptional pieces of modern literature, but it is by far one of the most enjoyable narratives I have read in a good long while. Intriguing characters, a bizarre setting and a compellingly weird narrative make this little novella one that had a big impact on me as a reader. CHARACTERS There are really just two characters to speak of here - it is a piece of short fiction after all. Our main protagonist is a man named
Post a Comment
Read more 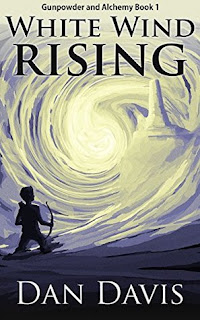 INTRODUCTION  I'm not generally a huge internet creep. If something doesn't show up on my Facebook or Twitter feeds, then I don't see it. I rarely add people on social media sites unless they show up as a recommendation and I generally don't post a ton of stuff online (aside from this blog). But in this particular instance, I happened to find a book by creeping on Goodreads. What happened was I wrote a review of a book by an indie author which then got 'liked' by someone I'd never heard of before. For some reason, I felt so inclined as to click on this person's name and discover that he too was an indie author (in my defense I half suspected that he might be which is why I clicked his name in the first place). Turns out he had several books he self published so I gave one of those a look. My first impression of WHITE WIND RISING (GUNPOWDER AND ALCHEMY BOOK 1) by Dan Davis was that it was a charming fantasy novel with a delightfully crafted cover whic
Post a Comment
Read more
More posts