July 11, 2015
Bloggers don't really do book hauls or anything like that, but recently I picked up two new short stories from author Cy Wyss and received the paperback copy of WHISPERS OF THE WORLD THAT WAS, which is the book I won in a Goodreads Giveaway. Since I am just about halfway through THE HUNGER GAMES and UNSTABLE PROTOTYPES, it will probably be a while before those two reviews are posted so these three titles will help keep the reviews flowing while I continue to indulge in my main reads.

The best part is that two out of the three were free since a giveaway is obviously free and Cy Wyss informed me that the first two Inspector Richter stories are alternately free on Fridays when I reached out about my having read and reviewed "Sinking" which came free with signing up for the monthly newsletter. 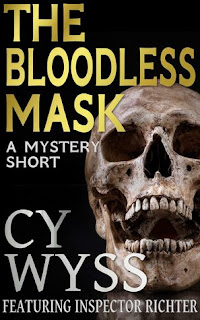 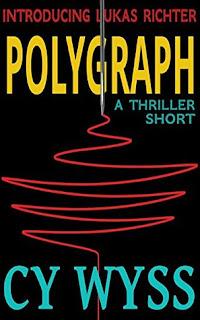 The initial thought was to burn through both of these this weekend in order to have a couple more mini reviews since I really enjoyed doing that for Sinking, but then I had a rather happy interruption to those plans when my loot from the giveaway arrived in the mail. Since this is the first giveaway I have ever won, the excitement over getting this in made it absolutely irresistible not to give that book some attention immediately. 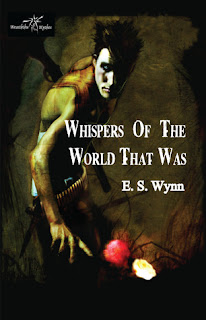 While I've shown the cover before in another post, I'm including here because I was pleasantly surprised to find that the cover which I assumed was matte is actually a soft touch material. Soft touch is pretty much identical to a matte finish, but it feels...well soft. It's got this semi-rubbery feel to it that I've actually never experienced before so needless to say, I spent a good long while just touching the stupid thing before I even opened it up - you know like normal people are supposed to do when they receive a new book. In any case, it's really cool to now own a book with that time of covering even if I become a five-year-old again every time I pick it up.

I was also so stoked for this to come in that I sent a thank you tweet to the author and he actually followed, favorited, and replied to it which I thought was pretty cool. I don't know if he's like mega-famous or anything, but he's written enough books where I didn't really expect any kind of reply and I thought it was cool that even though he's been in the business a while. he's still the kind of author that is engaging and responsive within the digital space. What's also very engaging is his writing! After taking a small peek at the first few chapters the night I got this, I then blasted through the better part of the first half in one more sitting the next evening. It's easily the most bizarre thing I have read all year, but also incredibly addicting in a way. I think whenever I next get the chance to sit down with it is when I will get around to finishing it since it is only about 200 pages and the type of book that is painful to put down once it is picked up.

There'll be a review for this probably in the near future and definitely before reviews on anything else are posted up. I think another Inspector Richter short will be reviewed between now and my planned reviews plus, I think I might have a couple of reveals coming up very soon on things I have worked on.
COVER GIVEAWAY UPDATES