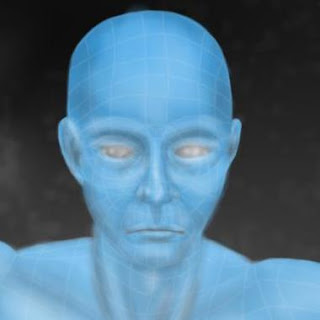 Digitarum is a world that required a lot of thought and prior planning. Like most writers, a lot of the ideas for the story came from things that existed before. Below is a list of some of the things that influenced me during the process along with some other fun facts.

Do note that there will be SOME spoilers due to the nature of trivia. This installment of DIGITARUM Trivia will be fairly surface-level and will mostly she'd light on the into some of the deeper influences and references, but since the book is still fairly new and not a lot of people have read it yet, I will keep this pretty light. This set will focus on earlier chapters as well as how certain characters/things from later on got their names. At a later date, I may delve into something a bit more substantial.

The Pilot
I find that one way to test a concept is to start out by writing a short story. Longer short stories work the best, but even a 3,000 or 4,000 word story can help test out  an idea. If something isn't working within that time or I have said everything I can on the subject, then it probably doesn't need the full novel treatment - at least in my opinion. DIGITARUM initially began as a short story of around 7,000 words. Between the initial test drive and the final product, there were a lot of things that shifted around and here are some of the little bits of trivia regarding this shift:


Mythology
This was obviously a huge part of the writing process for me since the goal of the novel was to effectively produce my own mythology. In order to create something that felt authentic, I wanted to draw from mythologies that already existed. Norse, Greek, Roman, Egyptian, and Vietnamese are the classical mythologies that I am most familiar with though I also have some familiarity with Celtic and Japanese Lore. Christianity and Hinduism (primarily the visual aspect of how gods look in the Hindu religion) are the two primary current religions which also had the heaviest influences on the narrative.

More modern tales also influenced me during the process. Modern day superhero teams like THE AVENGERS, X-MEN and "Team Arrow." Novels like, 1984, BRAVE NEW WORLD, THE GIVER, and others I'd hesitate to mention for spoiler reasons (as well as some that had more subconscious influence) all served as inspiration for how I ultimately shaped the greater story that is told in DIGITARUM.

References to other works

Hopefully you've enjoyed these fun facts about my creative process. At a later date I'm thinking I might share things like what changed from the initial outline, why certain plot decisions were made, and where I got inspiration for some of the characters. That will be very hard to do without dipping into some serious spoiler territory, but I think there are some more fun things that I'd eventually like to divulge.